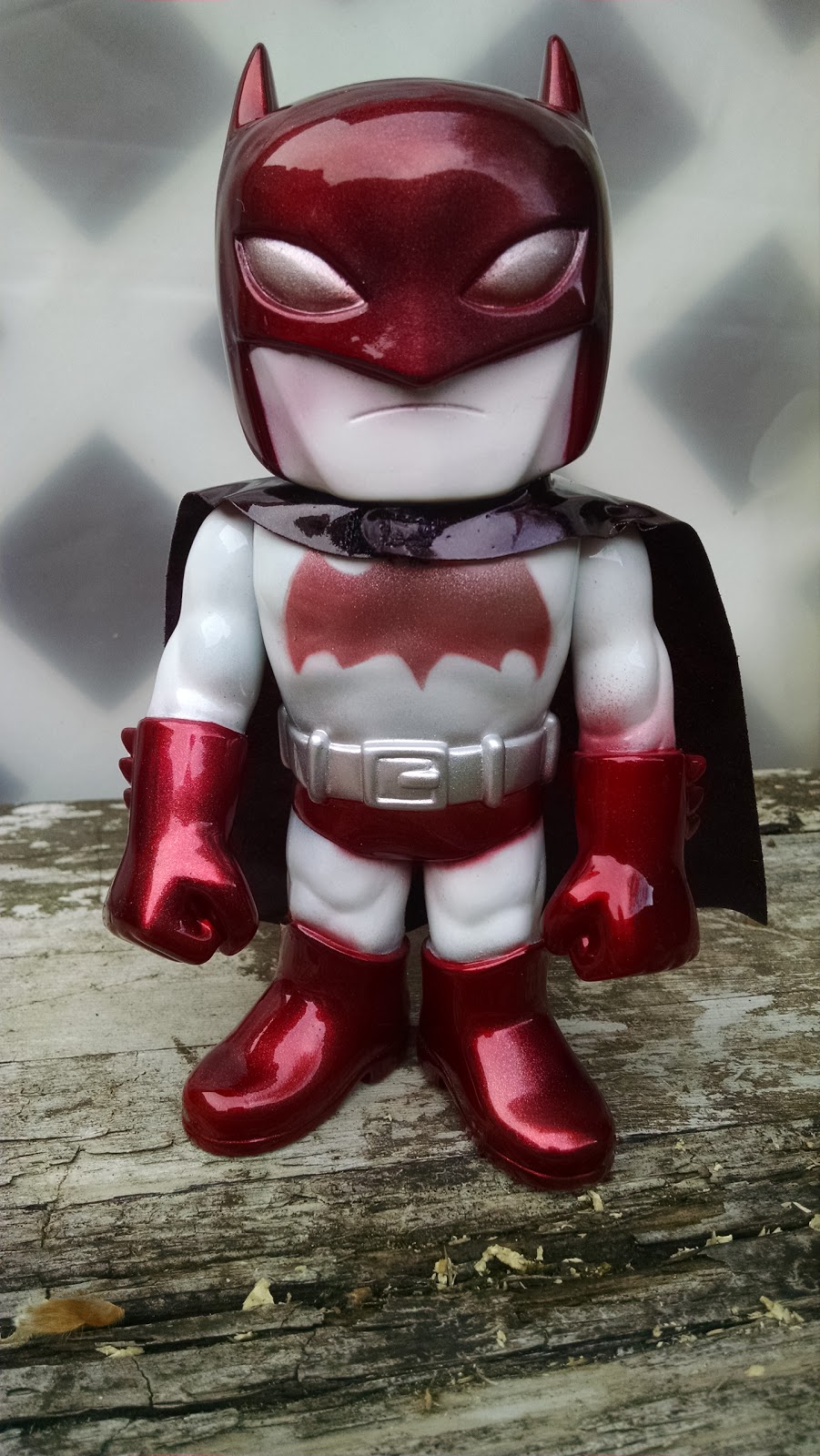 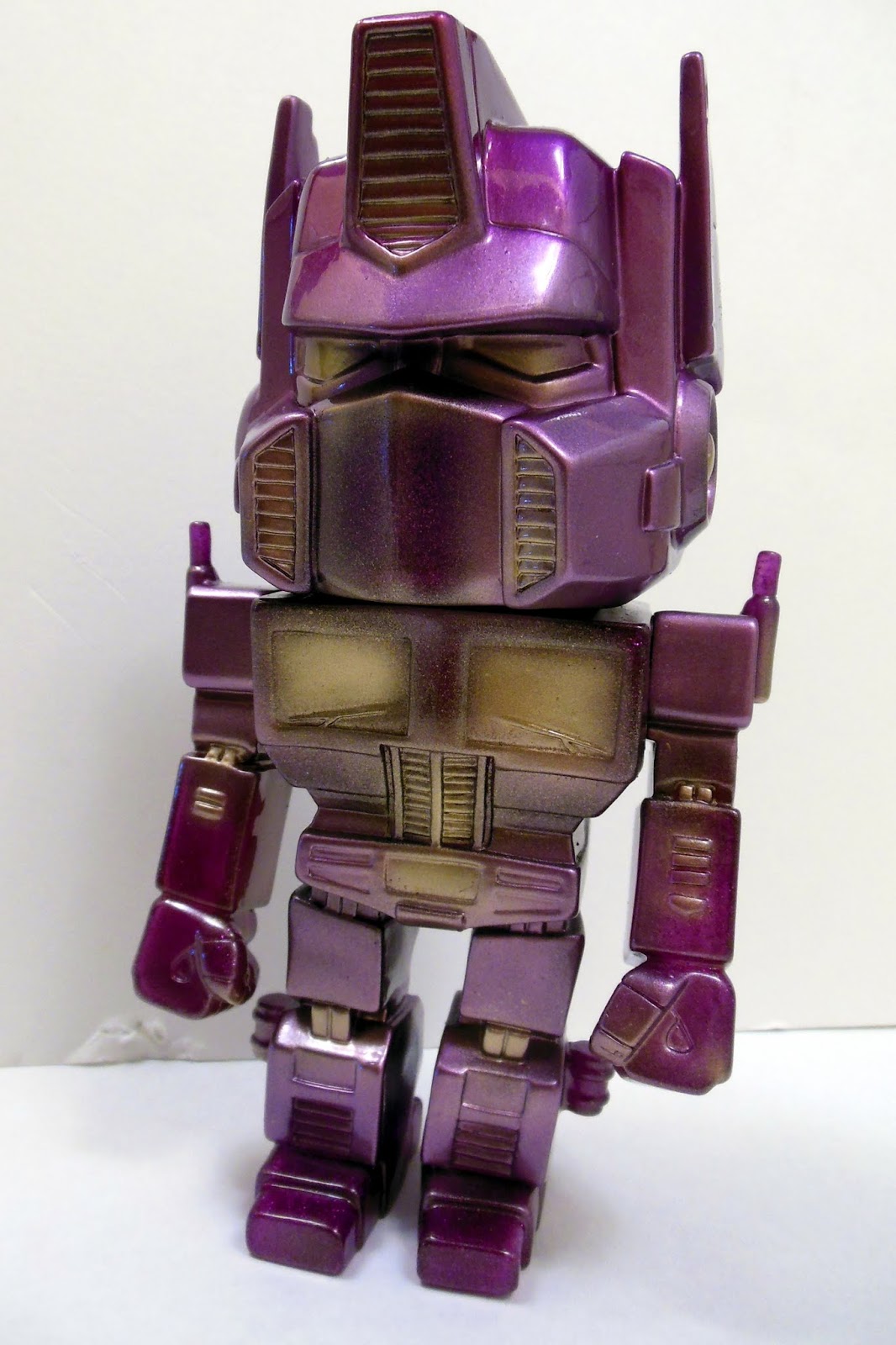 I bought a couple of the cheaper Funko Hikari figures to paint.  They're not bad in and of themselves! At the $20ish I paid for Glitter Optimus and Silver Glitter Batman they're decent, medium-sized Chinese vinyl with joints at the head and arms.  I specifically bought two that didn't seem to be sought after, and that I wouldn't feel bad stripping and painting.  I'm not really fond of clear vinyl with glitter.  I think it looks chintzy, but that's just me (Of course the really packed lame' vinyls are another story!) 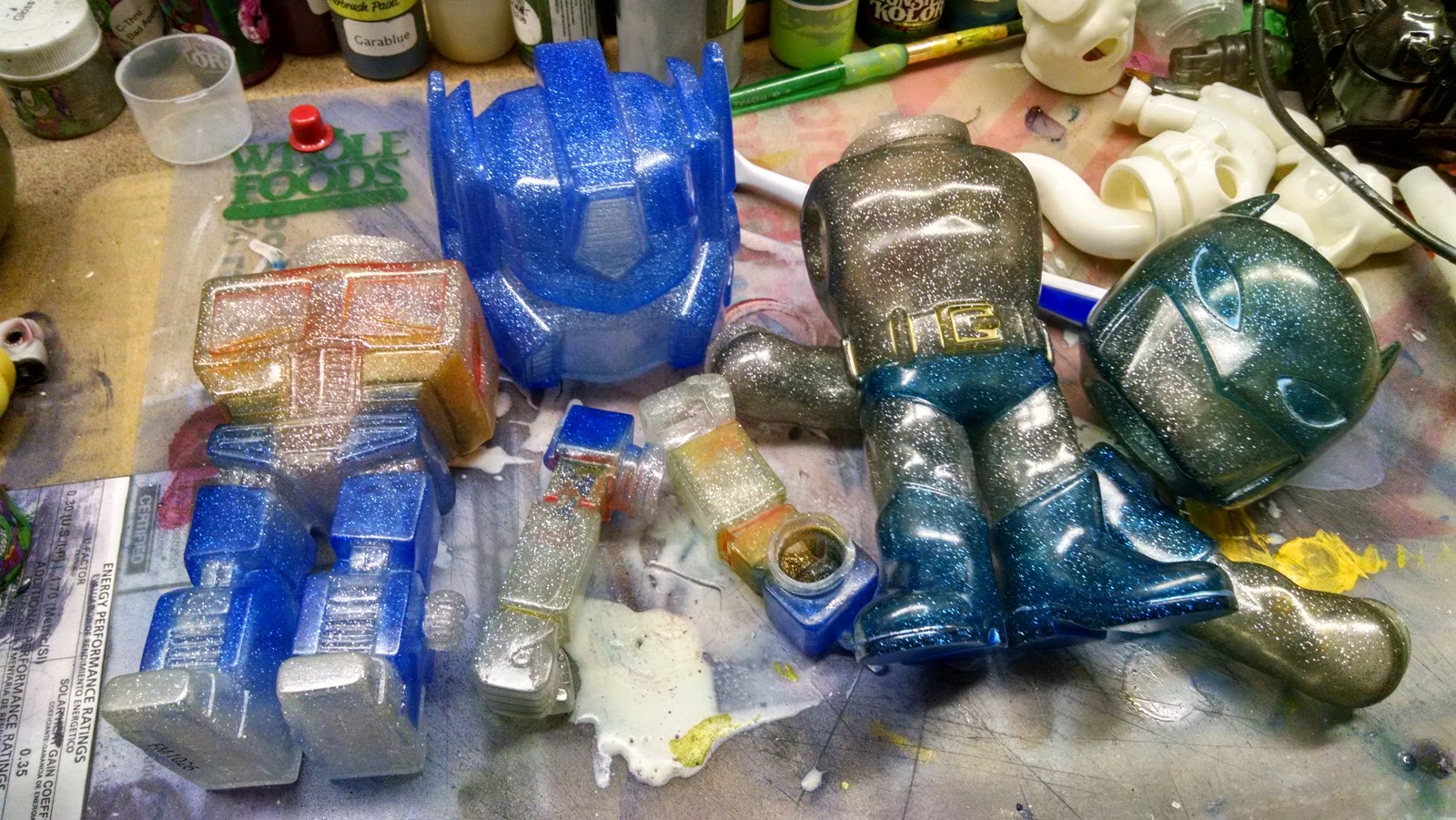 The paint did not want to come off these two, which says good things for their durability.  The shiny blue on Batman was clear paint over silver, which I was kinda surprised to see, it's the same thing I do, and takes time (but looks shinier), than just doing metallic paint.  Cool beans! 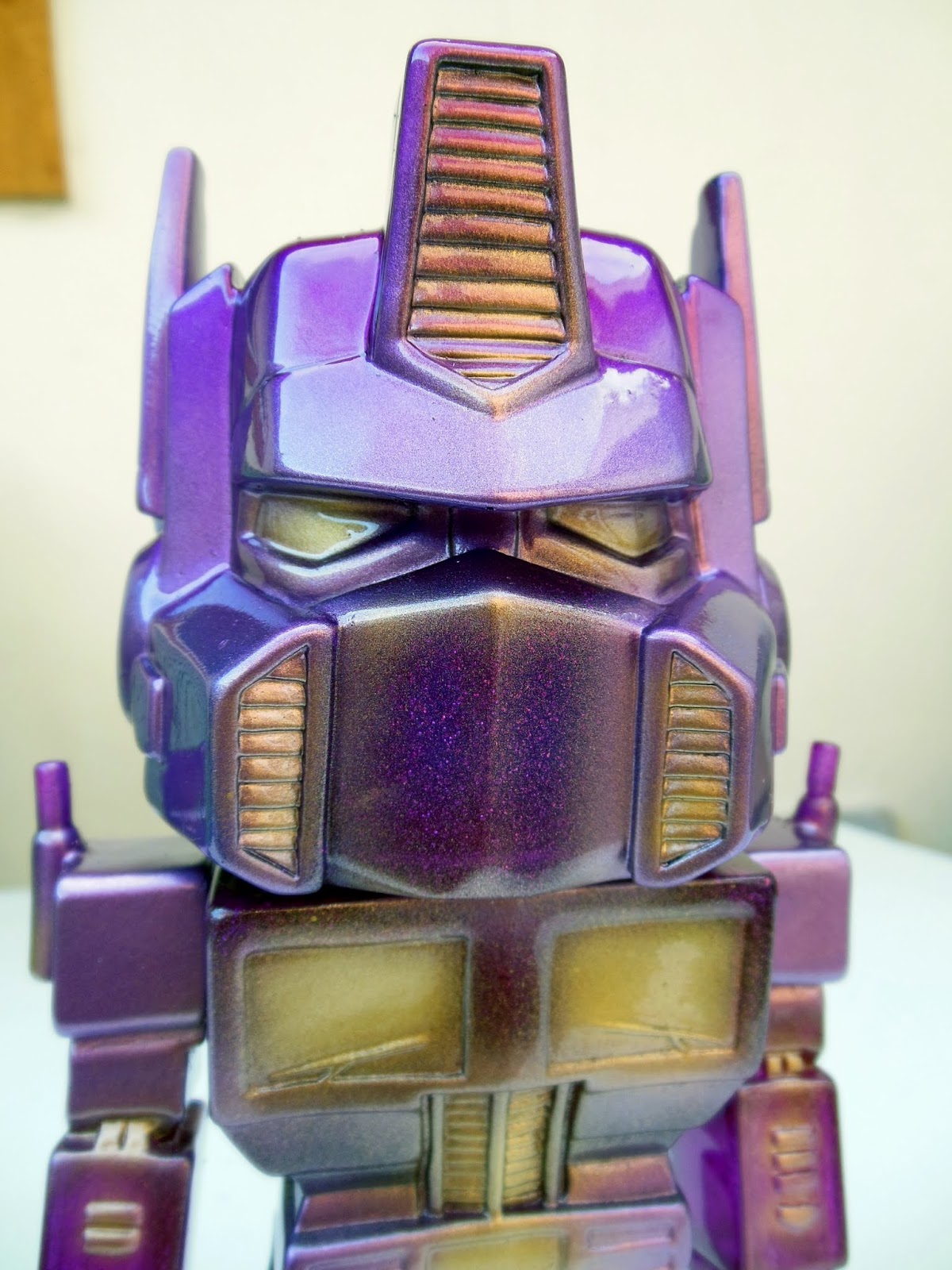 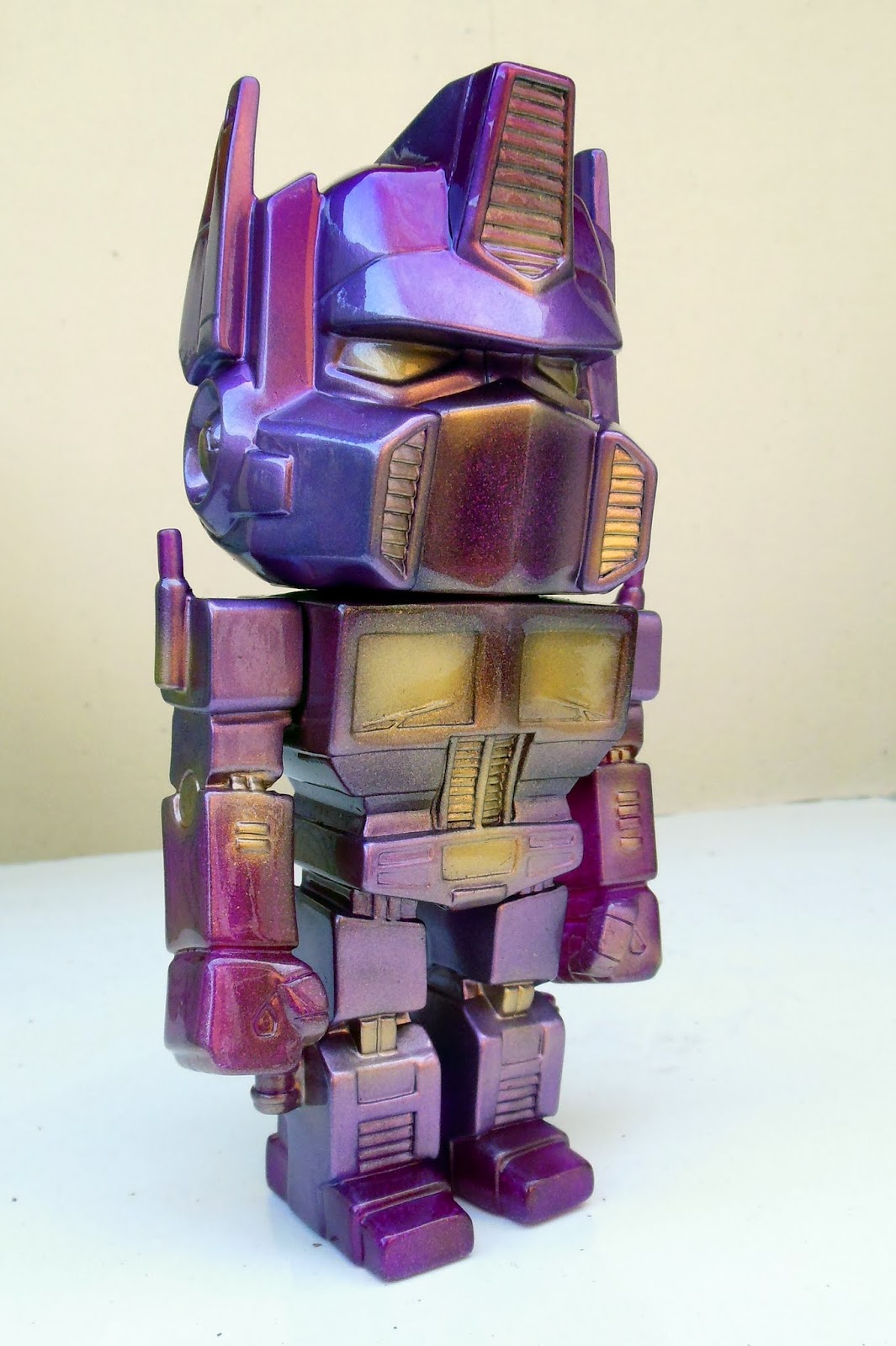 I did Optimus in an 'energon' purple and gold scheme.  Honestly surprised Funko didn't do a purple Optimus already, seems like it would be a perfect color in clear vinyl. 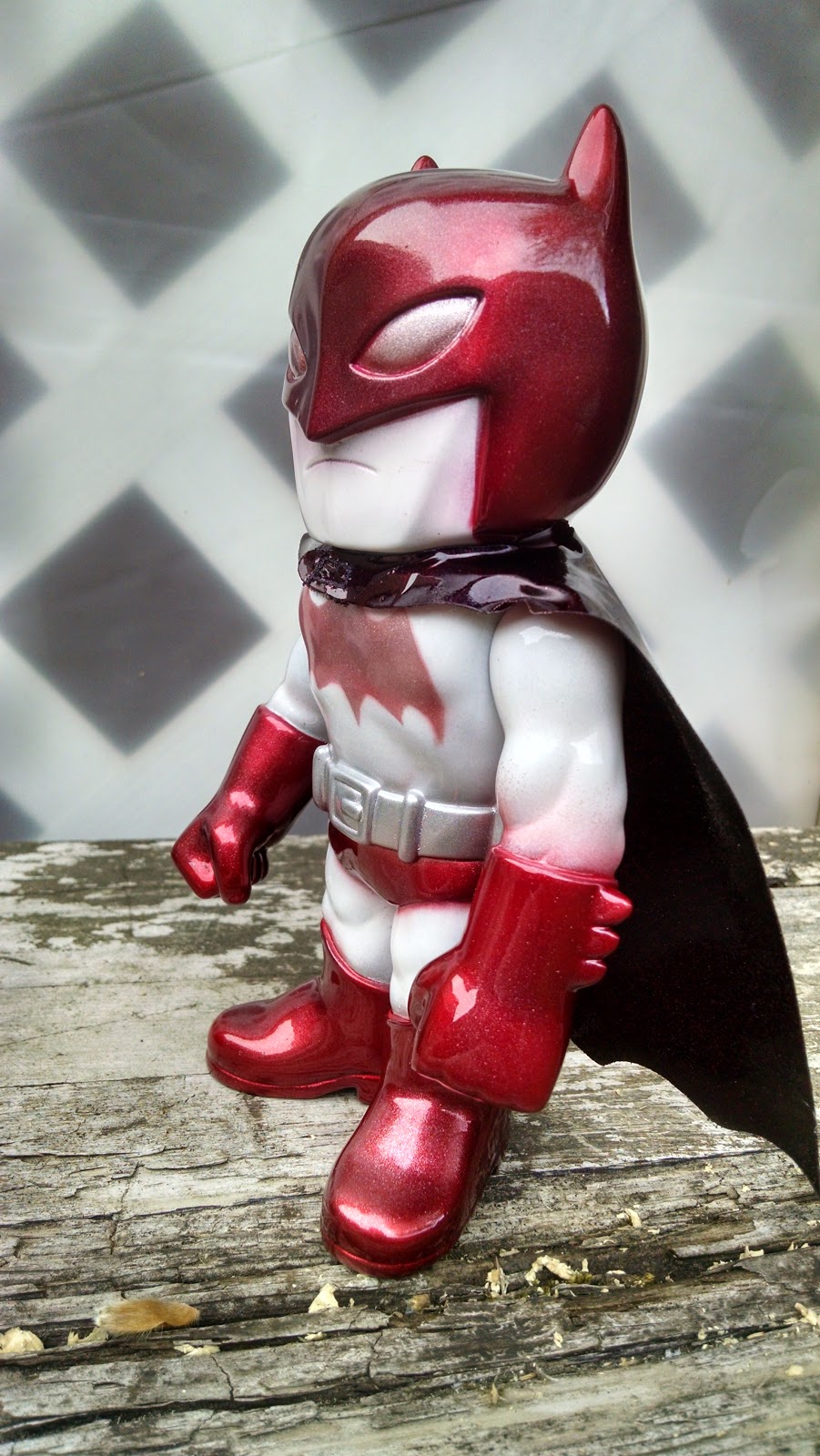 Batman I was going to do in a candy-stripe scheme, but it looked to busy, so I settled with "Rescue Batman" here.  I'm happy with both overall, though Batman's off-center symbol is going to bother me forever.

Painted with Monster Kolor , of course!  Lots of C-Thru and pearls on these two.